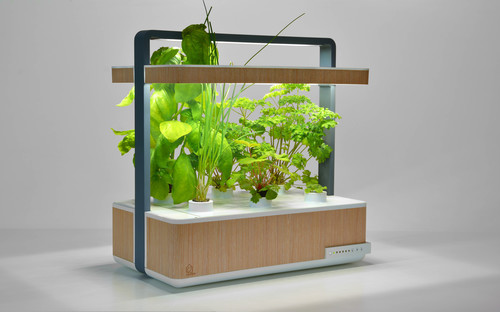 A student start-up has received funding by Université Paris-Saclay to develop a revolutionary indoor gardening prototype.

The system, Basile, is a self-maintaining indoor garden that only needs tending personally every three weeks.

Managing the levels of artificial sunlight and water regulation, Basile plugs into an electrical outlet and only needs seeds to plant and replenishing the water reservoir on a three week cycle. 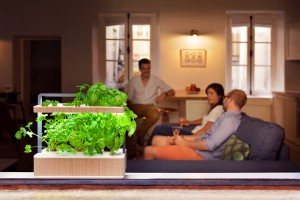 “The idea began because I wanted a window box, but I lived in the city and travelled too much, any plants would have just died,” said Martin Savouré, co-founder of the Culteev start-up and creator of Basile. “So we took technology out of laboratories and made it available to the public!”

Basile was created out of wanting an indoor garden without artificial plants or too much hassle, allowing for city workers who don’t have the space or the time.

Winning the Grand Jury Prize at the Paris Saclay Invest competition, Mr Savouré says the hardest part now is to get into manufacturing, for which he and his co-founder Alexandre Aumand are now seekin €400,000.