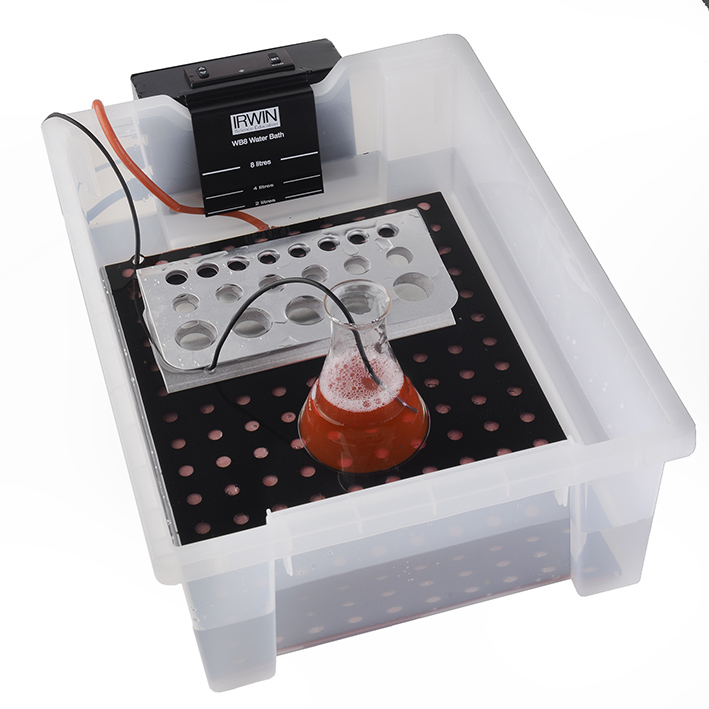 Developed by Irwin Science Education (ISE), one of the UK’s leading manufacturers of science equipment for schools, the Irwin WB8 is a water bath based on a model designed for catering and medical sectors.

The new model has been redesigned around the design of large Gratnells trays, which were chosen because of their heat resistance, as well as offering six litres more than the original water bath.

The bath itself is a silicon heat pad built to fit within the tray, which provides even heat distribution, and can be removed to clean simply.

ISE described the trays as ‘ubiquitous’, as Gratnells trays feature in the classrooms of over 20,000 schools nationwide.

“We are working with Ministers for Education around the globe, offering to develop Science strategies within schools including advice, teacher training and supply of equipment,” commented Frank Campbell, International Director at Irwin Science Education. “This means that the water bath may be found in thousands of education establishments across the world and the Gratnells tray will play a major role in this initiative.”