CASE STUDY: Making the most of Sharp pads in schools 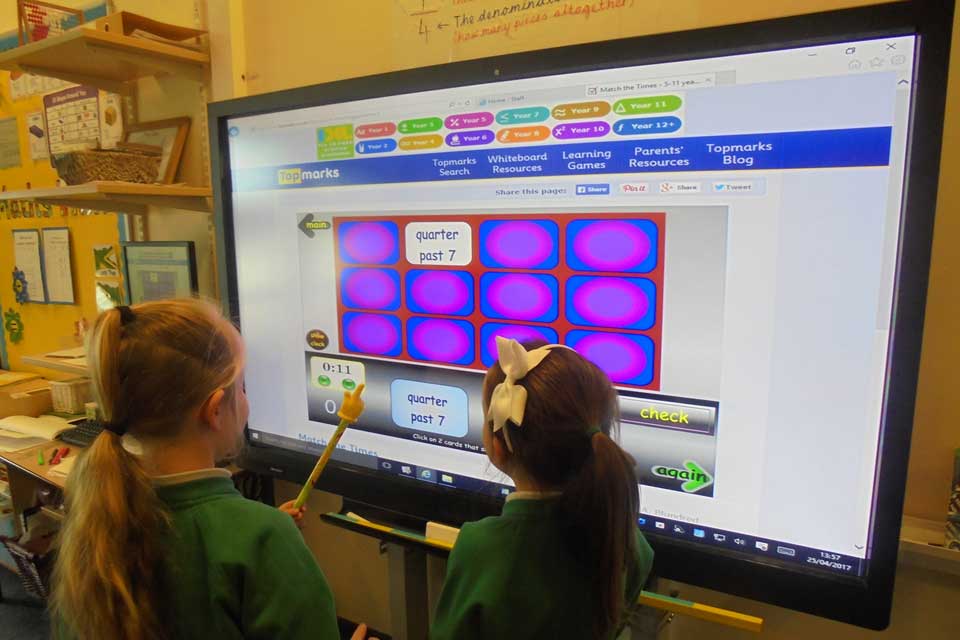 Writing on behalf of GPS Installations, Andrew Mills is a freelance journalist with an interest in various aspects of education both nationally and internationally after working in the education sector. He has a BA (Hons) in English Literature and a Masters in Modern & Contemporary Literature…

When old equipment at the Ribbon Academy Trust in County Durham, UK began to fail, the school’s management team began to evaluate where they could source new, reliable, hardware and software solutions.

They chose the from technology integration specialists, GPS Installations. Experts in everything AV, from Interactive Displays to public address system installation analyse exactly why this particular product has been such a success.

School Business Manager at the Ribbon Academy Trust, Mrs. Henderson, explains: “Our original classroom AV equipment was Interactive Whiteboards with short throw projectors in all rooms. The equipment had reached the end of its life and no longer performed effectively: the image quality was very poor and we were often cleaning out the filters of the projectors, as well as constantly needing to re-calibrate the boards.”

The screens could only be used if the blinds were closed, this is because the screens were not strong enough to compete with the light. Even with the blinds closed the images could be difficult to see, especially by children with moderate vision problems.

Often, older equipment overheats, and this is a problem the school had: “It was an uphill struggle to teach a class without it becoming disjointed when the IT failed.”

Connecting AV equipment was often messy and laborious, and teachers needed to pay attention to “inquisitive hands or little feet” that would often unplug them, so that the AV areas were kept safe.

The school installed 13 Sharp 70’’ PN-70SC3 High Definition Interactive Displays. To make the screens accessible for both teachers and children, GPS Installations supplied and fitted risers to electronically raise or lower the screen to varying heights.

“Due to the substantial investment needed to update all our rooms with new equipment, we fully researched the various options available and reached the conclusion that Sharp and GPS Installations offered the best solution from a technical and value perspective,” said Mrs Henderson.

Upgrading from old AV technology to BIG PAD did not require a steep learning curve, as Jane explained: “The change over to the new Sharp screens was very simple and quick. Both staff and pupils were using them immediately from the first morning. The screens have been described as being as easy to use as a TV and have the flexibility of being able to be used by the specialist pen or simply a finger.”

The school found that the Sharp pens were an improvement: “previous pens lost parts which rendered them useless but these pens are all-in-one, so are much more robust.”

The newly-installed BIG PAD interactive displays are helping the teachers save time and be more efficient, with teachers at the Ribbon Academy agreeing that their teaching is now much more flexible.

Because the Ribbon Academy is a primary school with pupils aged from 3- 11 years, the BIG PADs are used for a wide variety of purposes, from phonics, maths quizzes, online research, physical exercise videos, and play-to-learn games, as well for marking the morning register. The interactive displays are also being used for staff training.

“Now we have the confidence to know that our AV systems are totally reliable, learning has been massively enhanced. It is now so apparent that the old screens were hardly utilised at all in comparison. Children are over the moon with the possibilities and the quality and want them in their houses!”

Mrs. Henderson concludes: “Overall, the decision to invest in new screens in such financially difficult times for schools was a difficult one. However, we have absolutely no regrets as the quality of the product, attention to detail and service that we have experienced has been second to none and the impact on the children’s education has proved very promising. We will definitely be looking to furnish the remaining classrooms with the same facilities as soon as possible.”