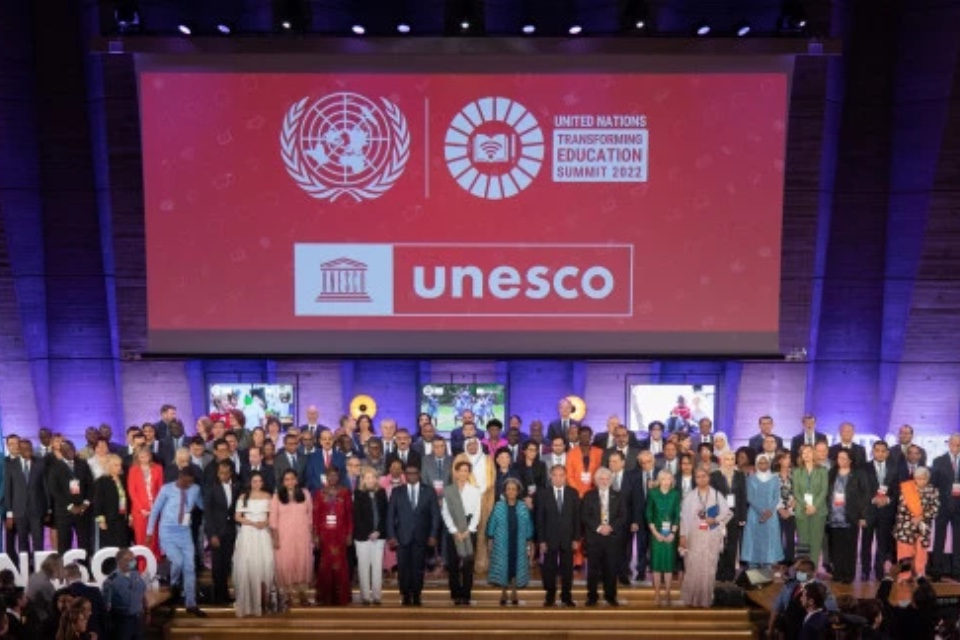 In the presence of more than 150 ministers, UNESCO has warned of the double-edged crisis currently affecting education: a learning crisis and a budgetary crisis.

Audrey Azoulay, Director-General of the Organization, called for a “global mobilization to place education at the top of the agenda and meet the sustainable development goals”.

In 2019, UNESCO had already warned that it would be difficult to achieve the goal of “quality education for all by 2030”. Now, the COVID-19 pandemic has made the forecast even worse, prompting the United Nations Educational, Scientific and Cultural Organization to mobilize the world’s education communities and governments at a meeting it is hosting this week in Paris.

Some 2,000 participants from around the world gathered at UNESCO headquarters from 28 to 30 June to prepare for the Education Transformation Summit convened by UN Secretary-General Antonio Guterres in September.

Audrey Azoulay, UNESCO Director-General, said: “The pandemic has exacerbated the global education crisis. School closures have resulted in significant learning losses. In low- and middle-income countries, 70 per cent of 10-year-olds are unable to understand simple written text – up from 57 per cent in 2019. Without new measures to support them, these young people will face significant difficulties in continuing their education and entering the workforce. We will then face a major social crisis. Today I am calling for mobilization: education must return to the top of the international community’s agenda if we are to meet the Sustainable Development Goals.”

According to a report by UNESCO, the World Bank and UNICEF released on 24 June, these learning delays will also have a strong impact on the economy. On a global scale, they will represent a cumulative loss of wealth for the current generation of schoolchildren of around $21 trillion. The previous estimate in 2021 was $17 trillion, showing that the situation has declined over the past year.

In addition to this learning crisis, there is a funding crisis. According to another study by UNESCO and the World Bank, 40% of low- and middle-income countries reduced their education spending during the pandemic. The average reduction was 13.5%. However, in the summer of 2022, budgets have still not returned to their 2019 levels.

Stefania Giannini, Assistant Director-General for Education at UNESCO, said: “We are concerned about the wavering funding for education at this critical time. When public funding decreases, families have to increase their financial contribution. And the more the financial burden for education falls on families, the greater the risk of increasing inequality.”

The question of resources is all the more important as education must also be transformed to meet the new challenges of the 21st century. As the recent UNESCO report on the Future of Education has shown, curricula and teaching must be adapted to issues such as the climate crisis and the digital revolution.

While there are many reasons for concern, the large-scale mobilization of governments this week at UNESCO gives cause for hope. More than 150 ministers and deputy ministers personally accepted the invitation and took part in the debates – the largest number ever to attend the Organization’s headquarters. In their speeches, all of them underlined their determination to act, and to collaborate on new initiatives.