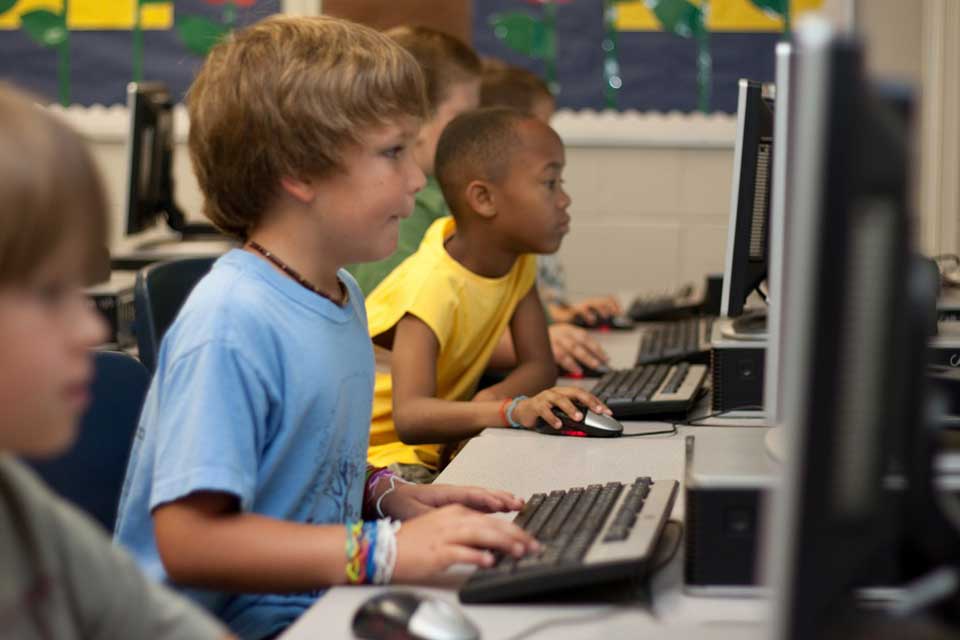 In years gone by, adults and children were experiencing smart devices and technologies for the first time. Now, they are a part of our everyday lives.

Parents have always struggled to find reliable ways of pacifying a child when they are upset, but now more than ever, many appear to be counting on smart-devices to entertain their children.

Children now own their own smartphone by age 7; based on a survey of 1,500 parents – Opinium found that children also owned an iPad by age eight.

If parents continue to use smart devices to entertain children, then in the long-term, it is unclear how this may impact a young child’s social and emotional development. As opposed to using more traditional methods, digital devices appear to be more convenient than human interaction, but only time will tell how much of an impact this will have on a child’s cognitive learning.

Infinite Playgrounds, specialists in creating playscapes and natural playground equipment, investigates just how much of an impact this is having on our children, and how we can return to more interactive forms of play in the future.

The problems with smart technologies and child development

Before the age of two, a child’s sensory play with objects or other people helps them to develop their problem-solving skills within unstructured play. A person’s capacity for empathy is derived from social interaction with others, so when a child plays with an inanimate object – such as a smartphone – this limits their ability to gain an understanding of others, as they don’t solve problems with others constructively.

Studies have suggested that smart devices compromise the extent to which these thresholds can be developed – limiting a child’s cognitive ability to register external stimuli that allows them to understand the world around them. However, more traditional forms of play, such as using building blocks, can ignite a child’s imagination and basic maths skills through interaction with physical stimuli. This is opposed to digital forms of entertainment that the child can’t touch.

The simple answer is that there is no proof that smart technologies encourage or compromise a child’s learning. Studies have suggested that in children who are close to school age, children’s television programmes and smart technologies can help to improve vocabulary and reading comprehension, but this is only when children have already acquired the basic cognitive behaviours and skills attained from human interaction.

Parents can help by testing smart applications before they are given to a child, to establish whether they are worth handing over to their children for play in the first place.

The benefits of sensory play

The five senses, taste, touch, smell, sight and hearing, allow a child to evaluate and weigh up the world around them. These senses help build stronger cognitive abilities, whilst human interaction improves language development, gross motor skills, and teach children the basic principles of social interaction.

As well as producing cognitive benefits, traditional forms of play also produce physical benefits within a child. Heightened bodily awareness within the space they are in, and balance, are improved when children interact with the world around them, not a screen.

This is because this type of play refines their thresholds for understanding the five different types of sensory information that they will process. By making stronger connections with the brain, a child is able to retain more and learn more as a result.

Although smart technologies have become part of an adult’s everyday life, this doesn’t mean that they need to be part of a young child’s one too. Research is beginning to reveal that smart technologies, as opposed to traditional interactive forms of play, can do more harm than good. Perhaps limiting a young child’s exposure to smart devices will allow them to make the most of their early-years learning, improving their cognitive understanding and the world they live in.