A Birmingham school has partnered with a charity to get students and staff helping the homeless.

Following Rockwood Academy’s first evening at a soup kitchen in the city centre, a series of lessons and assemblies have been planned to raise awareness and understanding of homelessness in the city.

Recent statistics revealed that there are nearly 10,000 homeless people across Birmingham, something that has shocked the staff at Rockwood. 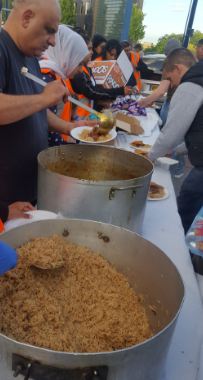 “We wanted to do something to not only help those in need, but also to ensure our pupils are aware of the issue and feel galvanised into taking action to do something too,” explained Rockwood Academy’s principal, Fuzel Choudhury, who described his experience at the soup kitchen as “eye-opening.”

The charity, Homeless Heroes, was set up by resident Javed Iqbal and provides homeless people with clothing, food and drink with help from the locals.

“We are so busy in our own lives; we often forget to acknowledge the person right in front of us,” warned Javed Iqbal, adding “Even a small conversation or interaction with a homeless person is enough to make a difference.”