All state-funded schools will have defibrillators by 22/23 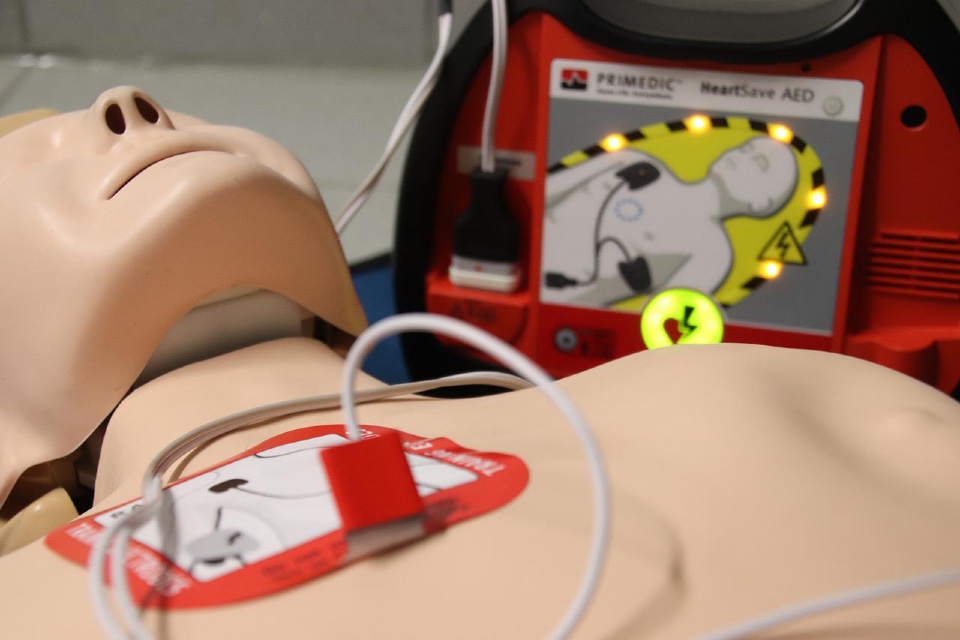 State-funded schools across England will receive defibrillators under new government plans to make sure there is a device in every school, boosting their numbers in communities across the country.

Defibrillators have the potential to save the lives of pupils, staff and visitors in schools, with latest research showing that accessing these devices within 3-5 minutes of a cardiac arrest increases the chance of survival by over 40%.

The announcement comes after the government first committed last year to look at how to achieve a defibrillator on every school site, following a meeting with the Oliver King Foundation, supported by ex-footballer Jamie Carragher, which has worked tirelessly to raise awareness of this issue.

Since meeting with the foundation’s founder Mark King, who tragically lost his son Oliver at the age of 12 to a cardiac arrest, the government has worked with charities and experts, including the British Heart Foundation, to identify the scale of need across English schools.

A survey will soon go out to all state-funded schools to finalise the number of devices that will need to be procured, which is estimated to be over 20,000. The government has committed to funding all necessary devices so that every school has at least one on-site, or more for schools with larger sites.

The rollout will build on existing requirements for schools to teach first aid as part of the curriculum, with secondary school pupils being taught life-saving methods such as CPR and the purpose of defibrillators. This rollout will help protect schools and their local communities against cardiac arrest, delivering wider access to these devices.

Education Secretary James Cleverly said: “Access to funding must not stand in the way of every school having on-site access to a life-saving defibrillator. The evidence clearly shows that defibrillators drastically increase the chance of survival from a cardiac arrest, and it’s particularly important that they are available close to sports halls and playing fields that children, young people, and the wider community use on a daily basis. That is why I am so pleased to be able to roll these devices out to schools across the country over the coming year, and I hope this goes some way to preventing more tragic stories like Oliver King’s.

Mark King, Founder of the Oliver King Foundation said: “It’s been 11 years since we tragically lost our Ollie to a sudden cardiac arrest while he was taking part in a school swimming lesson. If there had been a defibrillator on site, our son would still be alive today.

“Since 2012 we’ve fought with tenacity to make defibrillators mandatory in all schools. I’m therefore delighted that, after our decade-long fight, the Government has finally listened and schools will now be equipped with them. It will mean families up and down the country won’t ever have to go through the pain that we did when we lost our Ollie.

“I am thankful to the MPs and ministers who’ve supported our campaign and particularly all of those at the Department for Education.”

Jamie Carragher, supporter of the Oliver King Foundation said: “This is fantastic news and is testament to the relentless and unwavering campaigning of Mark and Joanne King who’ve fought so hard for this moment.

“They are an inspirational couple who, supported by a small team, have spent more than 10 years fighting for defibrillators in schools so that young lives are not needlessly lost. I am proud to have played a small part in supporting them and I am delighted that the government has committed to installing this lifesaving kit in all schools.”

Many schools already have defibrillators on-site. The purpose of this programme is to plug the gaps, giving more schools and local communities access to this vitally important first-aid equipment.

It will aim to ensure that all state-funded schools in England have at least one device on site, with more devices delivered to larger schools.

The defibrillators will protect pupils, staff and visitors to the schools, including local communities who use school facilities. For example, this could mean football teams who hire school pitches would be protected, as well as keeping pupils safe during the school day.

Schools will shortly be sent a survey to identify which already have defibrillators, with the responses being used to establish how many devices are needed.

Further details of the rollout and device specification will be confirmed in the autumn term.

The Government currently encourages schools to have an automated external defibrillator (AED) on their premises as part of their first aid equipment. AEDs are currently available for schools and other education providers in the UK to purchase through the NHS Supply Chain at a reduced cost. These arrangements are available to all UK schools, including academies and independent schools, sixth-form colleges, FE institutions and early years settings (including holiday and out-of-school providers).

The Government has produced guidance for schools on buying, installing and using an AED, which can be viewed here.