All reception classes to get NELI early language training 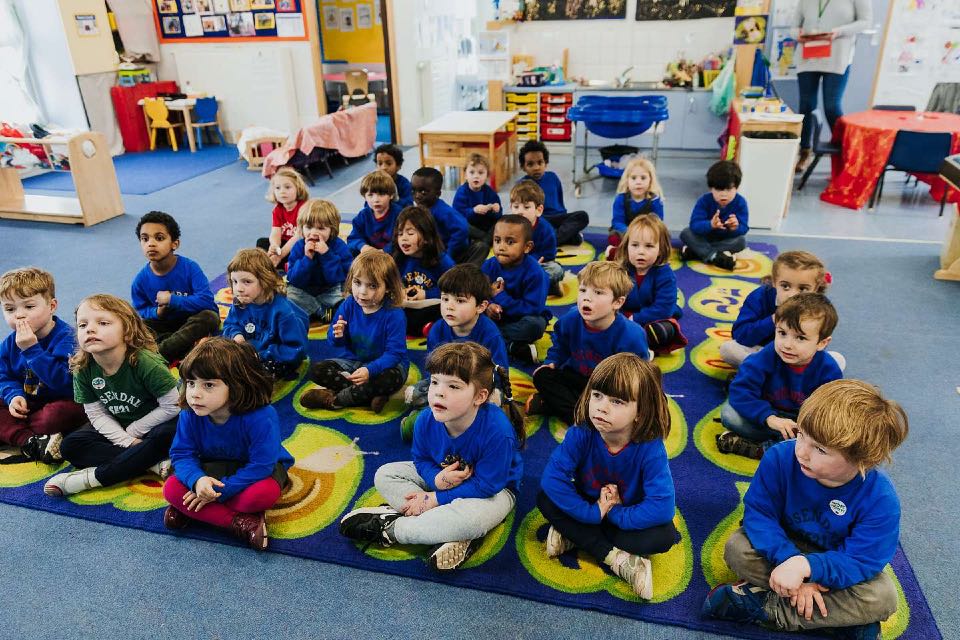 Every state school with a Reception class in England can now apply for training and resources through an early years catch-up programme funded by the Government.

Delivered by the Nuffield Foundation and backed by an extra £8 million of investment, recruitment has launched for the second wave of the Nuffield Early Language Intervention (NELI), a programme proven to be effective in raising outcomes in Reception-age children’s early language, communication and speech skills – particularly those who need the most support to overcome the disruption of the pandemic.

Part of the Government’s major investment to ‘build back better’ from the pandemic, it builds on last summer’s £9 million investment to launch the first wave of NELI, which means 62,000 four and five-year-olds are receiving extra support to get their education back on track after time spent away from the classroom.

Visiting All Saints C of E Primary School in Merton, one of more than 6,600 schools already receiving the intervention through its first wave, Children and Families Minister Vicky Ford spoke to staff delivering the programme about the positive changes on Reception children’s confidence with language and communication and how the it has helped them re-engage with their classmates.

The £8 million expansion was announced by the Prime Minister in February as part of the new £700 million package to tackle lost learning, following the original £9 million investment as part of the National Tutoring Programme in June 2020.

The expansion for the 2021-22 schools year will be managed and delivered by the Nuffield Foundation on the Government’s behalf, supported again by the University of Oxford and Oxford University Press.

Nearly 20,000 staff members have already received online training and the intervention is run over 20 weeks. Sessions with the children feature ‘Ted’ the NELI puppet for games that help them concentrate on their speaking, listening and learning.

Angela Filsell, headteacher of All Saints’ Church of England Primary School, said: “We are incredibly proud to welcome children from all communities to All Saints’, many of whom join us with little or no knowledge of English. Over the years, we’ve observed that many children in the later years of primary school struggle to write full and coherent sentences that feature good vocabulary choices, so we have looked at how we can improve that support.

“By electing to take part in the NELI programme we recognised the need to take a ‘bottom up’ approach in order improve speaking and listening skills, which in the long run increases children’s progress and attainment across the curriculum. This programme compliments, and is layered on top of, our wide curriculum offer, which includes elements of Talk for Writing. We are very proud of our child-led curriculum here.

“Eleven children were highlighted in the NELI screening process, which was easily accessed online. We run two groups three times each week, alongside additional one-to-one sessions. We’ve also invested time and made NELI a key priority. This commitment has yielded great results, even prior to the midway point being reached.

“A further outcome has been improved behaviour, as the children become less frustrated socially and can communicate their wants and needs. The online training for staff was engaging and Ted [the puppet used in NELI training] is a favourite with the children.

Findings from the most recent trial of NELI funded by the Education Endowment Foundation found that children receiving the intervention made an extra three months additional progress in their oral language skills compared to children who did not.